A Call For Sexual Sovereignty, With Integrity, Now! 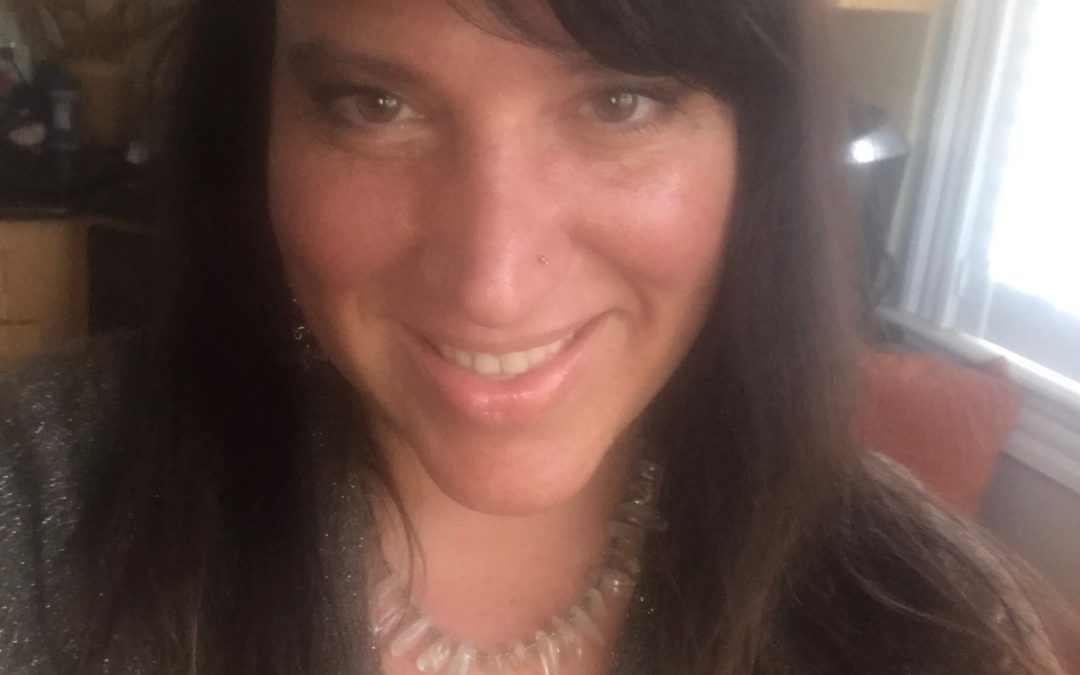 Even though I grew up in an upper-middle class home where sex wasn’t a sin, I still wasn’t meant to be having it. I received zero helpful sexual education. I had no real sovereignty over my own body, as a child, and not as a teen. I had no idea what my body liked or needed since I was told when, where and how to do most everything.

I was used by older boys, who also had no sexual education, as practice. I “lost my virginity”-oh how I hate that term, being raped on a beach by a much older teen at 14. After that, I decided I definitely didn’t want to be in, or own, my body, so I left it. I had no idea I could have sovereignty over my own body, let alone sexuality.

Many years later I had accumulated so much more sexual trauma, abuse, and assaults, that I chose suicide as my way out. Instead of dying, I had a rebirth experience that brought me deeply into my body in a new way. I began a path of healing, empowerment, and claiming my sovereignty, sexually, too.

This was a terrifying path. I found myself in tantra workshops and trainings where I was paired with men twice my age and doing advanced session work that lacked boundaries and safety. I attracted guru like male so-called spiritual leaders and healers that took advantage of me both sexually and financially. I had embarked on a spiritual quest simply to find myself with a different type of sexual predator.

Where was my father in all this? Where were the safe men in my life? There were none.

My father died suddenly when I was 20. I had spent all of my teenage years living with him and hiding from him all the sexual violations I experienced. I knew my Dad would not be able to handle my having been harmed by another man. How I wish that healthy fathers (and mothers) were educated on how to make it safe for, and how to handle, their daughters (and sons!) coming to them to disclose any sexual harm. Parents need to know how to properly support their kids and to get them the necessary help. Too often kids feel like they will be shamed, blamed, and/or in trouble. I just could not bear for my dad to know the bad things that had happened to his beautiful girl, his pride and joy. As for my mother, I had no idea she was keeping me under lock and key, and threatening me, to actually try to protect me from her own undisclosed sexual traumas from repeating.

As for safe male friends, I don’t remember any. I have an innate sexual nature that is so alive and outward that I attract mainly men that want to f*ck me, and maybe be my friend, too. Not one or the other.

I’ve become ok with this at this point in my life since I now have enough awareness, education, and the ability to set clear boundaries with a couple of men in my life I consider friends. They respect me, my body, and my sexual sovereignty. Which is why I can hang with them and feel their attraction to me without a need for me to respond, and I don’t feel that they are pressuring me into anything.

With stepping into my sexual sovereignty, I had a lot of exploring to do. In my sexplorations as well as advanced sex education missions I went on for about two decades. I discovered along the way that I would come into my power sexually, and finally be feeling like I was not starving sexually. Then a man would come into my life who wanted to partner with me and take all the sovereignty and power away. I experienced 2 long term relationships in which they vastly expanded their sexuality, sexual expression, and sexual experiences, through me, while choosing to severely limit mine.

At first, I just assumed they needed to feel like they were on equal footing with me, so I went along with it. They voiced how appalled they were at how much more experience I had then they, and I contracted back into my adolescent self that was shamed for being a slut, and decided to be the “good girl.” I let them get new experiences they desired, while I lost all of my sexual autonomy and freedom.

I am actually quite afraid of men. After what horrors I have experienced at their hands in this life. There is always a part of me wanting to please them to feel safe. This is my biggest challenge to my sexual sovereignty. That, and that I always want more sexually. And this has unfortunately caused massive issues with most of the men I’ve had intimate relationships with in my life.

Not enough conscious available sexual partners that can match me? Possibly. Sadly.

I’m not looking to create another poly relationship. Those don’t work for me. I desire a partner that understands that sexual sovereignty is different for each of us, and who is committed to us each claiming, living and expanding our own, while having agreements in place that work for us both. I will continue to seek this. I remain committed now to not giving up my sexual sovereignty in another relationship. While being committed to transparency and integrity with my partner.

My experience as a sex, intimacy and relationship coach, thus far, has been that my male clients generally will live their sexual sovereignty by finding ways to satisfy their needs outside of their marriage, or primary relationship, in a variety of covert ways. Which I do not recommend, and/or provide.

While the majority of my female clients, choose to shut down their sexuality entirely when their needs are not met in their marriages or primary relationships. This may be a way of reclaiming sexual sovereignty. Yet cutting oneself off from their own pleasure and life force ends with bitterness, resentment, and health complications.

These are simply my observations.

I desire so deeply to see a world where sexual sovereignty is an inalienable right for all!

As long as one’s choices are safe, consensual, and in integrity, with those they are in relationship with, that their choices have an impact on.

According to DoubleXEconomy (globalization and women’s economic empowerment):

“The notion of sexual sovereignty is meant to encompass the range of reproductive and sexual domains over which a woman must have power in order to live as a free and equal citizen, as well as to have full capability to realize her potential creatively, professionally, spiritually, and economically.

Most modern thinkers can see that providing such capability for a female means they must be guaranteed laws, regulatory policy, and service delivery that enable reproductive autonomy. From this, we might infer access to reliable birth control and safe abortion, as well as information about reproductive functions.”

Far beyond my white privileged life which entailed having safe access and financial ease to have the abortions I had, far beyond my personal trauma and lack of proper sexual education, my sexual sovereignty at this juncture in my life is mainly limited by societies mores and my giving a shit about what others think. Most women on this planet are insanely still restricted by serious punitive laws, restrictive access to basic sexual health and education, reproductive rights and of course safe, legal and affordable abortions.

The recent anti-abortion laws, the fascist Trump administration, worldwide issues like these and so many more, are prevalent and deeply seeded in almost every culture on the planet. They represent the same political and societal patriarchal bullshit that for thousands of years has brought separation, disease, and disempowerment, to the massive majority of the population.

Continuing to be separated, judged, alienated from our own bodies, and from the sexual regenerative powers of nature, are just some of what is at the root of our lack of sexual health, empowerment, and any possibility of sovereignty.

All I know is this…

I will continue to awaken, claim, and expand my sexual sovereignty.

I am committed to assisting all those that I can, that wish to do so safely, consensually, and with integrity.

Everything is moving so fast in this reality, for most of us are heads are spinning. Our bodies are out of whack. Our connection to our very essence, and therefore to all others, is negatively impacted.

By recognizing that our sexual sovereignty begins with choosing and aligning with it first for ourselves, and also by doing whatever we can to empower and protect it in and for others, is a necessary step for us to survive, and begin to thrive, collectively, on this planet.

Please join me on this mission for sexual sovereignty for all!

With safety, consensuality, and integrity!

If you are ready to commit to claiming your sexual sovereignty, solo and/or partnered, I am here for you!

Sign up for a complimentary consultation here and let’s get started!